Congratulations to Star2Star on their 9th consecutive year receiving the Product of the Year Award given by INTERNET TELEPHONY!

Star2Star receives the 2015 INTERNET TELEPHONY Product of the Year Award. 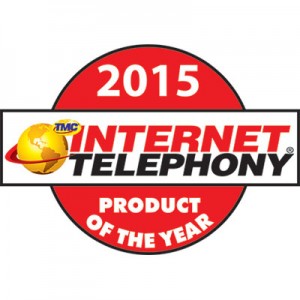 The award honors companies that have developed exceptional VoIP and IP Communications products and services.

Let’s hear it for Star2Star and their Unique approach to VoIP!

Let’s talk reliability. Everyone hates dropped and fuzzy calls.  Star2Star has VOA circuits. What is VOA you ask? It is Voice Optimized Architecture. It just means that the Voice portion of the data made when you call is Optimized, it is prioritized and sent over the lines as a whole, not in data pieces. Star2Star’s circuits cross connect directly with all of the major US carriers. That means you can rest assured that your conversation will break on through to the other side and none of your message will be lost in cyber space. 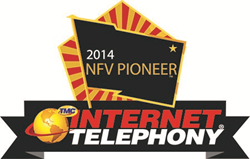 The award is presented to companies that provide the best

solutions to facilitate voice, data and video communications brought to market in the past twelve months.

These awards are the latest in a series of awards and accolades for Star2Star. In 2014, the company received a Visionary Spotlight Award from Channel Vision Magazine; they were named to the Deloitte Fast 500 for the third consecutive year; Star2Star made its debut in the prestigious Gartner Multiregional Magic Quadrant for Unified Communications as a Service (UCaaS); Infonetics named Star2Star as a Top 10 Business VoIP Provide. In 2013 they were named as a winner of the Unified Communications Excellence award; listed as one of the top 10 job creators in the Tampa Bay area and they received Inc. Magazine’s Hire Power Award, which recognizes the top private business job creators in the country. Star2Star was also named to the Inc. 500 | 5000 list four times. 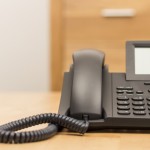 Star2Star’s fully distributed/fully managed, End-to-End Internet Phone Solution was designed to work flawlessly over your existing internet connection. All of your company’s phones – at the main office, satellite offices, home office workers, and even mobile phones – appear and operate as a single, unified system. Everyone is reachable by dialing their extension number, no matter where they happen to be. Call transfers, ring groups, call queues, automated attendants, and shared operator features operate across all locations.

Here’s something new that other VoIP providers don’t offer – Line Pooling. You can use excess line capacity from one location to cover excess demand at another location. Have you ever heard about Line Bursting? Me neither, not until now. If all of your lines are in use and you get another incoming call, Star2Star can add an extra line “on the fly” so you’ll never miss a call. You can buy only as many lines as you need for normal business operations and not pay for excess capacity that you only need a few days a year.

If you are interested in trying out this unique system, Star2Star offers a side by side comparison. We will install the Star2Star next to your current traditional phone system and you can test for 30 days. If you don’t like it, they will take it back at no charge to you. However, they do have a 99.6% customer retention rate so be prepared to be impressed.

We at Innovative are Trained and Certified for Star2Star Sales and Installs.

Not sure where to begin? We Solve That! Contact us to learn more about Star2Star for your VoIP Unified Communications.

John, I just wanted to say that we have been working with you now for quite a few years and have not had a single day of down time. Your guys have done a fantastic job of keeping our computers running and up to date. We really appreciate the work you do for us!

Mike wanted his new entertainment equipment installed professionally and beautifully – no dangling wires behind the TV! Fernando, our main on-site installer, made sure he had all the tools he needed and went to business. He made sure everything was installed properly, wo…

We have been working with Innovative for a little over three years. Working with John has been very effective for our networking abilities. They are very responsive to our needs. Sometimes, it is a bit of a challenge, not having them onsite, but they always try to make it …

We rely on Innovative for all of our IT needs. They are quick to respond and always have solutions to our issues.

John, I think it is about time we gave you and your guys some praise! None of us ever seem to get nearly as many compliments as we do complaints regardless of how well we perform our tasks. So on that note I really want to thank you all for your patience, excellent perf…

Hi John, it’s been probably about 7 years since we have been in touch. However, I’ll always remember your kindness and understanding when we hit a significant financial speed bump during that time. Thank you again.

Hi John, I just wanted to pop in and let you know that Tim did a great job of cleaning up and clearing out all the cables, etc on my physical desktop.  He labelled everything and walked through the connections with me.  I can now troubleshoot when devices act up! W…

The Best! I have a problem – they fix it.

Mike wanted his new entertainment equipment installed professionally and beautifully – no dangling wires behind the TV! Fernando, our main on-site installer, made sure he had all the tools he needed and went to business. He made sure everything was installed properly, wo…

Thank you John! I think you are the only person that I work with that gets right back to me for one & then two the problem is always solved. Much appreciated!

Finally, we found a good IT company. We have been looking for a good IT firm to service our four locations with multiple traveling remote users for years. We could not find anyone that could offer the complete package. Our prayers were answered when we found Innovative. Jo…

Recommended Control4 dealer. I’ve been working with John for over 3 years. He’s always done right by me considering some of the high-end projects we’ve undertaken. My expectations have been met, and often exceeded on every occasion. If you’re looking for Control4 home auto…

Robert’s business was ready for a new phone system. He need the switch to be as smooth as possible as not to disrupt his businesses work flow. We sent our main on-site technician Tim over during the installation to monitor the servers. He worked with the VoIP phone insta…

Michael and his family were looking for a top of the line home theater, but at affordable prices. After talking with Michael and his wife, John researched the products and equipment Michael wanted. He put together a quote with different equipment options. Once the home own…

Thank you, John Johns!  I wish I can clone you to handle all business I have!  You are one of a kind that follows up, remember things, professional, accountable and gets things done the right way!  I so appreciate you and your team! -Alisha C.